Men can get facelift surgery at any age. However, working on the early stages of aging achieves the best and longest-lasting results.

Here are some of the facelift options that can help men keep their youthful contours for years. 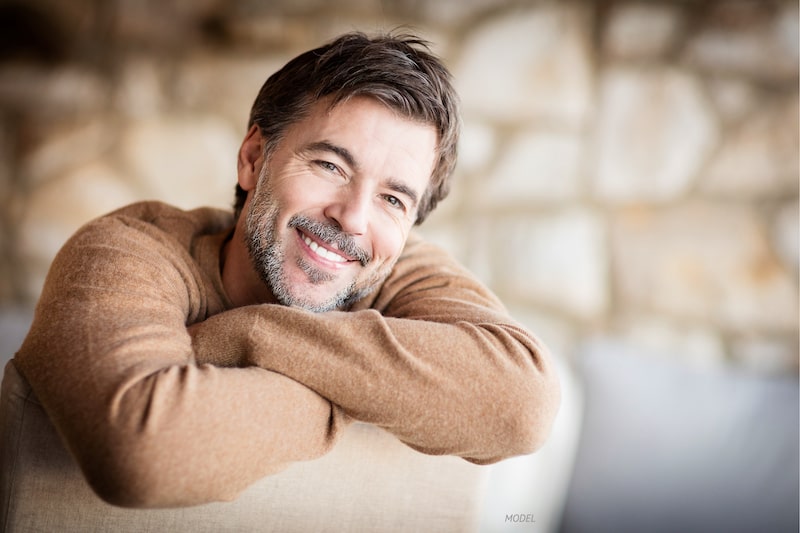 What Is the Vertical Facelift?

For many men, the traditional facelift can be worrying due to the wind-swept effect. A vertical facelift is an option for men who want to keep their youthful facial contours but avoid a tight and forced look.

Pioneered and developed by the renowned Dr. Renato Calabria, the vertical facelift addresses specific facial aging in men. It considers unique male features such as hair production, skin thickness, and beard area to tailor the procedure to male patients.

The surgeon gently pulls the skin vertically so that male features can remain intact while creating a rejuvenated look. This procedure maintains your hairline and keeps your look natural.

What Can I Expect From a Traditional Male Facelift?

With the male facelift, incisions are made at the temples and hairline to pull loose skin tighter. With Dr. Calabria’s help, your skin can get smoother while your rugged masculine features remain.

To avoid an unnatural look, patients should work with a skilled surgeon to receive tailored services unique to their features.

What Is the Regenerative Facelift?

The regenerative facelift is a restorative option for men with good skin elasticity but who want to increase the volume in their facial features. As we age, hollows develop in our faces that create a tired and sunken appearance. Men with these hollows would benefit from a regenerative facelift.

Dr. Calabria uses fat stem cells to restore volume to the face while making fewer incisions than a traditional facelift. Due to the low invasiveness of this procedure, there is minimal scarring and a short recovery time.

What Can I Get Out of the Cell-Enhanced Facelift?

The cell-enhanced facelift can improve the condition of the surface layer of your skin. Unlike traditional techniques that use incisions into the muscle to rejuvenate the face, this method uses stem cells. The cells help the surface layer tissues look younger and lifted. The result is a firmer, younger appearance.

What Is the One-Stitch Facelift?

The one-stitch facelift mimics the taping done along the edges of the face in old Hollywood movies. The surgeon lifts the cheeks through one simple incision to remove the sagging appearance that comes with aging.

There are a number of simple and less invasive facelift options for men. Book a consultation with Dr. Calabria online or call us at (310) 777-0069 to figure out your best choice.

You can also visit our facelift before and after photo gallery to see how Dr. Calabria has helped his previous male patients.